Own cultivation and processing in Germany
Premium Superfood in organic quality
Organic mushroom powder from whole mushroom
Save starting from 3 glasses of one variety
Cookie preferences
This website uses cookies, which are necessary for the technical operation of the website and are always set. Other cookies, which increase the comfort when using this website, are used for direct advertising or to facilitate interaction with other websites and social networks, are only set with your consent.
Categories
Manage quick buy buttons
Information
Information
customer satisfaction EXCELLENT 4.93 / 5.00 of 429 customer reviews 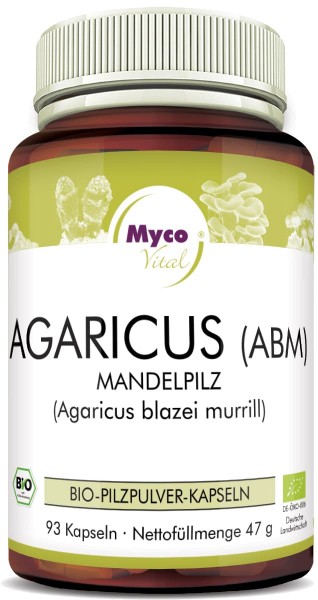 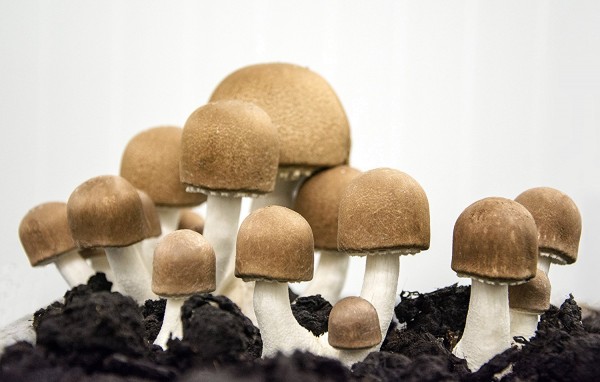 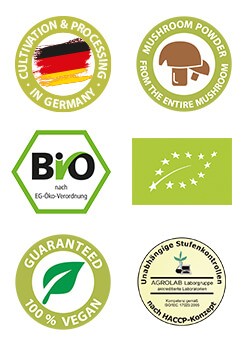 The home of Agaricus blazei murrill (ABM) is in the rainforests of Brazil. Particularly rich deposits are found in the mountainous regions of Piedade. Since time immemorial, the precious mushroom has been popularly consumed there and even worshipped as the "mushroom of the god". The ABM is known by many other names. Because of its delicate smell and taste it is also called "almond mushroom". It loves the sun, grows preferably at 23 - 28 degrees Celsius and 80% humidity from April to October. That is why it is also called sun mushroom: Cogumelo do Sol or Royal Sun Agaricus. Other names for the ABM are Agaricus brasiliensis and mushroom of life: Cogumelo de Vida.

For about 40 years, science has also been devoted to the study of ABM. This mushroom from the family of mushroom relatives became known through the American mushroom researcher W. A. Murrill, who described this mushroom in the 40s of the 20th century. The ABM also gets part of its name from this researcher.

One of the most expensive vital mushrooms in the world

Later, this mushroom was rediscovered by Japanese coffee growers in Brazil. The first cultivation also took place in Japan, where the ABM is called "Himematsutake". From here, it also began its triumphal procession through Asia, Europe and North America. The ABM is still considered one of the most expensive edible mushrooms worldwide. We cultivate the ABM just like the Coprinus on a specially produced organic straw substrate. A special feature of the cultivation is that this mushroom needs relatively warm temperatures. In order to work sustainably and save energy, we therefore only grow this mushroom in the summer months. Thus, we accommodate the "nature" of the mushroom and reduce the otherwise high energy requirements.

Production:
The cultivation and processing into mushroom powder capsules takes place entirely and exclusively in our factory in Limeshain, Germany. The ripe, freshly harvested mushroom is dried immediately after harvesting in our special, gentle drying process, gently ground into powder with a water-cooled mill and filled into HPMC capsules. There isno intermediate storage (e.g. in cold storage). Due to the immediate, fast and gentle processing we guarantee that all important ingredients are preserved and that the mushroom does not lose its natural, useful properties for human nutrition. may contain millet (Click here to watch our production video)

Recommended Consumption:
3 x daily 1 capsule with Agaricus blazei murill vital mushroom powder with meals with plenty of liquid.
Keep the product protected from light, closed and out of the reach of small children. Protect from heat and store in a dry place. During pregnancy and breastfeeding, the doctor should generally be consulted before consumption. 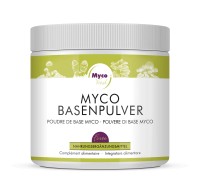