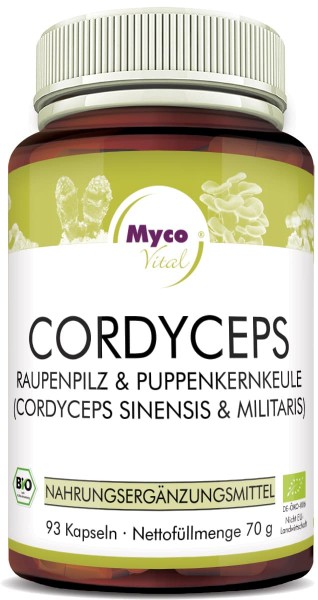 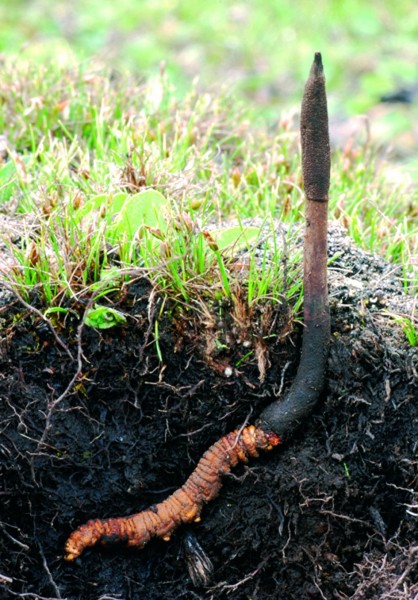 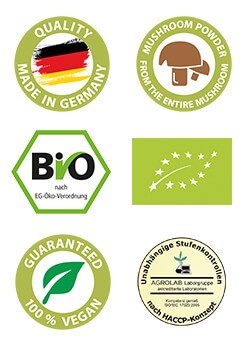 Shipping tomorrow, 05.03.2021
Please note that due to the current situation and the high volume of parcels, the delivery of the parcels by the shipping service providers may take longer than usual. We ship as indicated above! - We thank you for your understanding.
Facebook Whatsapp E-Mail Instagram
Description Nutritional value and product details customer reviews 9
Description
Product description: Cordyceps-capsules with 100 % mushroom powder of the whole mushroom Food... more
Close menu

Product description: Cordyceps-capsules with 100 % mushroom powder of the whole mushroom

Food supplement
The Cordyceps is estimated in Asia as particularly precious vital mushroom and traditionally proven tonic for the life and vital energy. For the powerful support of physical and mental well-being and the harmonious balance of body, mind and soul.

At home in the Tibetan highlands

The Cordyceps is a so-called tube fungus from the group of the core clubs. The natural occurrences of the Cordyceps lie in the Tibetan highlands. Very early on, Tibetan yak herders discovered that eating the precious mushroom not only gives their animals a special fertility but also more resistance. Since then, Cordyceps has been in great demand in Asia as a tonic for life energy. And athletes also report of its strengthening influence.

Today the demand for the wild growing specimens is so great that its price is practically as high as gold. Our Cordyceps-capsules contain a mixture of Cordyceps sinensis (in English: "caterpillar fungus", because the fungus grows in nature on a certain type of caterpillar) and Cordyceps militaris (in English: doll's nucleus).

According to German and European food regulations and hygiene standards, however, it is not possible to offer the fungus growing out of caterpillars as a food or food supplement. The advantages of cultivation are obvious: On the one hand, this fungus becomes affordable for everyone in our country. In addition, we are making a contribution to the protection of nature in Tibet by not supporting extensive mushroom picking.

In the last decades, the enormous demand for this mushroom in Tibet has led to a real "cordyceps frenzy". This has inevitably led to a regrettable overexploitation of nature, which has a negative impact on flora, fauna and, in the long term, on people. The fact that we add the same fungal species to our capsules as in the wild ensures that all the valuable ingredients that are useful and necessary for humans are preserved.

Recommended intake of our Cordyceps capsules:

3 times daily 1 capsule with Cordyceps Bio Vitalpilzpulver at meals with plenty of liquid.
Store the product protected from light, locked and out of reach of small children. Protect from heat and store in a dry place. During pregnancy and breastfeeding, the doctor should generally be consulted before consumption. Do not exceed the recommended daily intake. Food supplements should not be used as a substitute for a balanced and varied diet.

PREMIUM QUALITY: The MycoVital Cordyceps mushroom powder capsules are a food supplement of the highest quality. 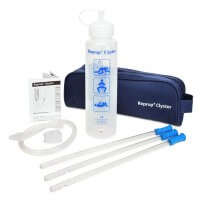